I was born and brought up in a townland then known as Lisnisk 2 ½ miles from Rathfriland, 10 miles from Banbridge South Down. I had two brothers. One older and one younger and a sister 5 years younger.  When I was young my father was ill with Rheumatic fever so he had to take life easy.  I was very happy to help my mother as much as I could.

I was raised on a mixed farm arable land.  Cows, calves, cattle, sheep, pigs and poultry (hens, ducks and turkeys). During my early life I would have been involved feeding and looking after the animals especially the hens.

We had 3 dogs.  My favourite was a white dog. The other two were working dogs.  My dog’s name was spot.  One day I had wandered out on to the road.  She had me by the tail of my skirt pulling me to the side of the road.  A man came along on a bike, got off and took me home. 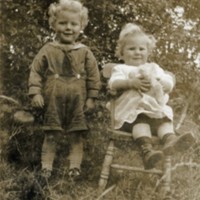 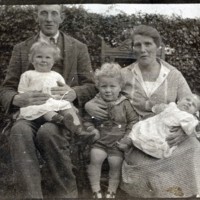 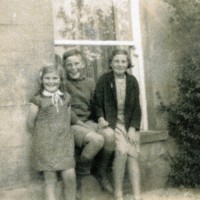